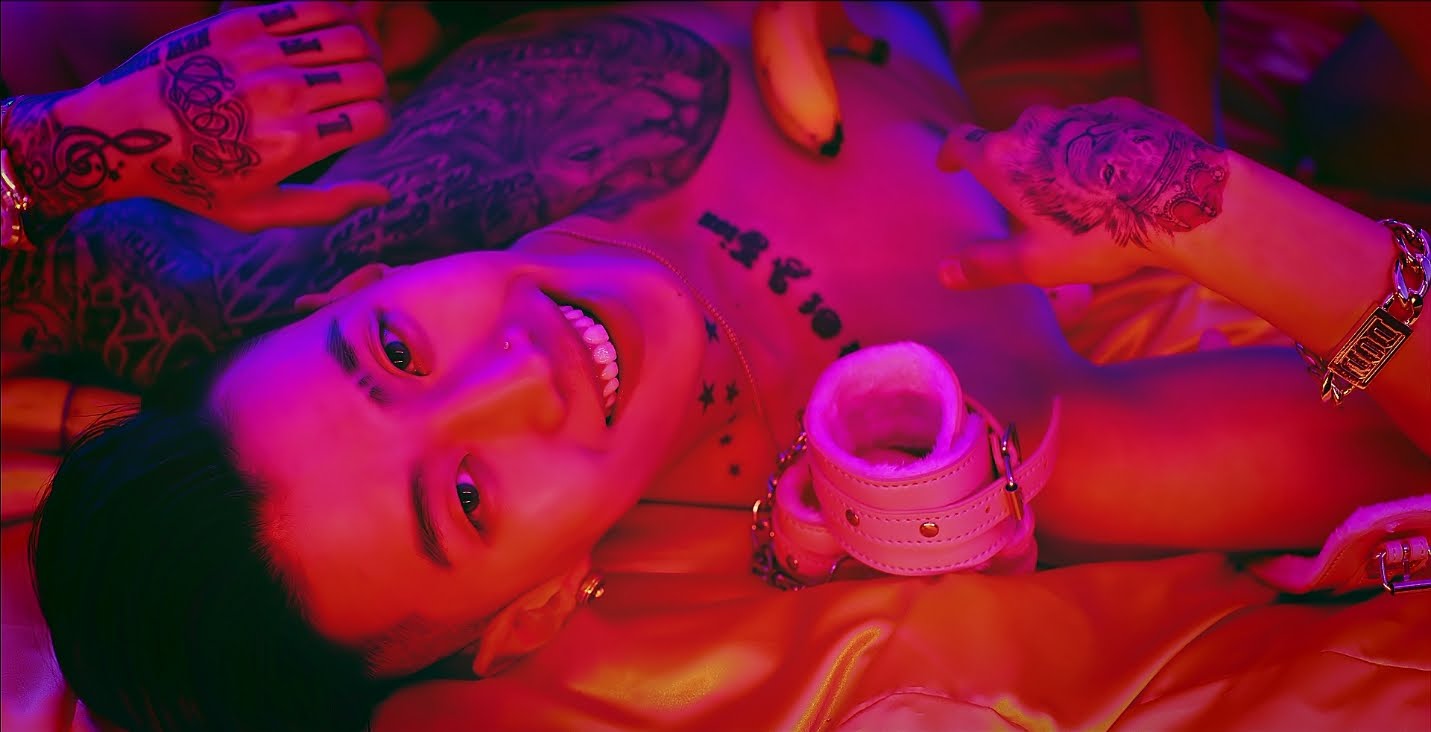 Although praised for its addicting tune and viral dance, the song that has been deemed “Gangnam Style” number two was banned for a seemingly trivial reason. In a scene at the start of the music video, the artist is shown kicking a traffic cone and then laughing into the camera. Station KBS revealed that this action resulted in the music video being declared unfit for public broadcast to the general audience.

This catchy track by Norazo is also banned from public broadcast due to its discussion of hypnoticism and over-exposure of tattoos. Regardless, fans are still in love with the fun track and its crazy electronic beats and melody.

For the After School sub-unit’s music video, KBS deemed the scenes portraying the taking of human life as trivial to be troublesome, specifically “the scene where Orange Caramel members are wrapped inside a plastic wrap is causing the problem.”

Dalshabet’s recent title track “Joker” was banned for a subtle lyrical reason rather than for its extremeley sexy choreography and revealing outfits. The word “좆” (pronounced“jot”) which already seems similar to the word “조”(pronounced “joh”) is a crude vocabulary that refers to a very specific private part only present in males. However, theban was lifted after the group modified the lyrics.

In addition, according to agency Happy Face Entertainment, “The song ‘I’m Not’ has received denial from MBC due to the word KakaoTalk, being in the lyrics.”

Not much has to be said about this unbelievably provocative music video by girl group Stellar. Owning the 19+ sexy concept from their G-string teasers, the girls were able totop the music video charts with “Vibrato.”

For this track, the artist used a genius video teaser method to get fans excited for its release. However, due to its 19+ rating, the “Mommae” music video also was unable to receive approval from broadcast officials.

INFINITE H – “Sorry I Was Busy”

This track by the INFINITE subunit was deemed unfit for broadcast by KBS. The profanity and vulgar expressions as well as inclusion of Japanese lyrics were an issue, as stated by the television station.

The trippy music video of the YG Entertainment power group BIGBANG as a part of their extended comeback joins the banned list as well. The inclusion of sometimes not-so-subtle innuendo present in the music video was a deliberate decision on the part of the artists and they felt it was not an issue as all the members are 20+.

This Block B member is known for his trendy hip hop and natural confidence, recently serving as a team leader on Show Me The Money 4. However, his solo track ran into someinternational diapproval with its homophobic and racial slurs as well as use of sensitive imagery.